Animal Rights Law Passed the Parliament for Better or Worse! 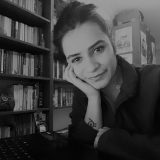 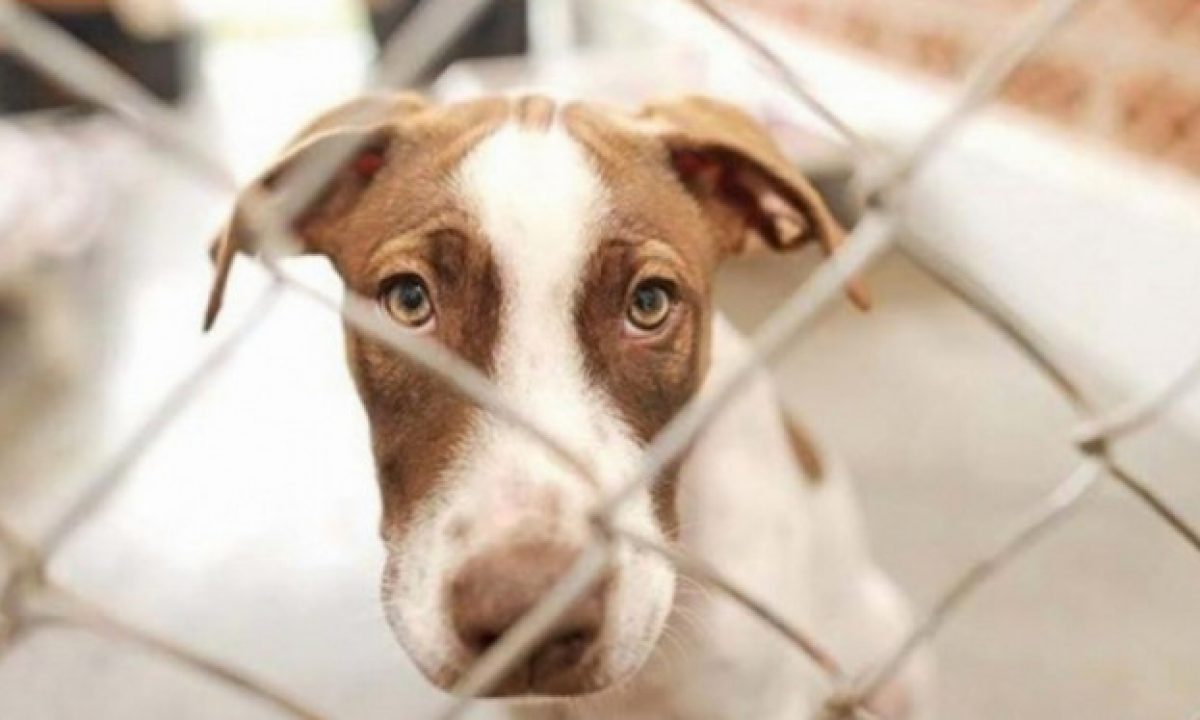 The Animal Rights Law, which has been awaited for years, passed the Parliament for better or worse, after 2 days of commission work and 3 hours of General Assembly discussions in total.

The ‘Bill of Law on the Amendment of the Animal Protection Law in the Turkish Criminal Code’, which is known as the ‘Animal Rights Law’ in the public, was accepted in the General Assembly of the Grand National Assembly of Turkey.

The participation of NGO representatives and MPs in the work of the motion at the Committee on Agriculture, Forestry and Rural Affairs was intense. However, it was noteworthy that a small number of MPs participated in the studies of the General Assembly.

Although there were discussions and tensions arising from differences of opinion from time to time during the two-day commission meetings of the motion, the General Assembly discussions of the motion were completed within three hours without controversy.

Some of the criticisms and demands of the opposition and NGOs on certain articles were met with the amendment motions given during the General Assembly meetings.

However, the opposition and animal lovers think that this bill is far behind the 50-point report of the research commission established two years ago and that expectations are not fully met.

What Comes with the New Legislation?

The bill amending the Law on the Protection of Animals and the Turkish Criminal Code accepts animals, which are considered as ‘property,’ in the current regulation, as ‘living beings’ and sanctions are regulated accordingly.

All opposition MPs and NGO representatives objected to the phrase ‘sexual intercourse with an animal’ in the motion. CHP Deputy Chairperson Gülizar Biçer Karaca said, ‘My dear friend, the member of parliament who made the bill, said, ‘It is in the old law’. In other words, this is the case in Law No. 5199, where animals are regarded as property. But then, how can we call it sexual intercourse if we are to define animals not as property but as living beings, and if we use this as a means of advertising to the whole country and the public by saying “We accept”? Does the animal consent in sexual intercourse, is that why it is called sexual intercourse? It should be called “sexual abuse” and “rape”. Because animals are raped or abused. This is actually a clear indication that this bill does not envisage a change in mentality.’ TİP’s MP from İstanbul Sera Kadıgil said, ‘There is a great catastrophe here, it still says “sexual intercourse with animals”. We are not zoophilic, there is no such thing as “sexual intercourse with animals”. Saying It was already like that in the law’ means “There was a shame there, and we are not fixing it now even though we have the opportunity to fix it”.’

Upon demands, changes were made in the General Assembly meetings, and the expression ‘sexual intercourse with animals’ was changed to ‘sexually assaulting or raping animals’.

Municipalities Will Set Up Shelters

In addition, the rehabilitated animals will be recorded in the database established by the Ministry. It was accepted as a principle that the animals, whose rehabilitation was completed, were brought to the shelters and left to the environment where they were taken by the municipality. Local governments will also be able to set up an animal hospital if the relevant decision-making body deems it appropriate.

On the other hand, Mayor of Gaziantep Fatma Şahin, who participated in the commission work as the President of the Union of Municipalities of Turkey, said, ‘The fact that the treasury and forest areas to be allocated to set up animal shelters, animal hospitals and natural habitats are free of charge will both strengthen our municipalities and encourage them in this regard. We give free land from the treasury to the organized industry when necessary or in urban transformation. From this point of view, we find it important that these lands are given free of charge from our Ministry in order to strengthen the hand of our municipalities as well.’

Natural Life Parks Will Be Built

A motion was also submitted for the bill, which allows public institutions and organizations to establish natural life parks. According to this, in addition to public institutions and organizations, private law persons were also given the opportunity to establish a natural life park. With this regulation, it was stated that ‘it is aimed to create environments that are suitable for the ethology and habitat of animals and that allow them to roam freely’. The regulation was justified as ‘For example, animals such as lions, tigers, giraffes and bears can be kept in environments suitable for their own habitats’.

Dolphin Parks Have Been Given 10 Years!

With the adopted Law, the establishment of land and water circuses and dolphin parks was prohibited from the date of entry into force of the law. The opposition and NGOs demanded that the existing dolphin parks be closed as well. The request was met with an amendment bill in the General Assembly. According to this, existing businesses related to prohibited land and water circuses and dolphin parks were given a period of 10 years and it was foreseen to be liquidated with the measures to be taken by the Ministry at the end of 10 years. However, in the report accepted by the Animal Rights Research Commission, it was foreseen that the dolphin parks would be closed within 2 years at the latest. The demands of NGOs were not met in this regard either. Also, the new law does not contain a provision prohibiting therapy with dolphins.

Imprisonment of 1 to 5 years for the person who kills an animal that is in danger of extinction,

Imprisonment of 5 to 10 years for the person who destroys an animal,

Imprisonment of 6 months to 4 years for the person who intentionally kills an animal,

Imprisonment of 6 months to 3 years and a judicial fine of not less than 100 days for the person who sexually assaults or rapes animals,

Imprisonment of 6 months to 3 years for anyone who tortures or cruelly treats an animal,

In case the crimes regulated in the article are committed against more than one animal at the same time, the penalty will be increased by half.

On the other hand, cat and dog owners are obliged to have their animals registered by issuing a digital identity until December 31, 2022, at the latest. A pet that is kept for non-commercial purposes can no longer be foreclosed due to the owner’s debt, regardless of its location.

So Why Hasn’t the Animal Rights Law Been on the Parliament’s Agenda for Years?

There was an expectation in the public about the Animal Rights Law, and a consensus among political parties. In fact, in February 2019, the Parliamentary Research Commission was established in the Grand National Assembly of Turkey in order to determine the measures to be taken to protect the rights of animals and to prevent cruelty and ill-treatment to animals.

The report of the commission, which listened to scientists and NGOs working in this field in 12 meetings and conducted on-site investigations 4 times, was discussed in the General Assembly of the Grand National Assembly of Turkey in January 2020. It was stated that the Animal Rights Law studies will be prepared quickly in the light of the commission report. However, the COVID-19 pandemic affected the whole world, and the Assembly was closed for a long time as part of the COVID-19 measures.

Chairman of the Commission, AKP’s MP Mustafa Yel, stated that the animal rights law was interrupted due to the COVID-19 pandemic, but that it would come to the agenda of the Parliament in the new legislative period that will start in October. However, it did not.

First, they announced that they would bring it to the Parliament at the beginning of 2021. ‘It is at the top of the agenda,’ said Muhammet Emin Akbaşoğlu, AKP Group Deputy Chairman, in January. Then, Özlem Zengin, who worked on the bill at the beginning of February and was the AKP Group Deputy Chair at that time, made the statement, ‘We will present it to the Parliament in 2 weeks’. The motion was delayed and could be submitted to Parliament in July.

The Animal Rights Law, which has been awaited for years, passed the Parliament for better or worse, after 2 days of commission work and 3 hours of General Assembly discussions in total.

According to the Parliamentary Rules of Procedure, after being discussed by the main commission to which they were referred, the bills are submitted to the Presidency of the Assembly by being attached to a report. Commission reports printed by giving the number of rows are referred to by the number of rows they receive after this stage. Commission reports are distributed to political party groups, commissions and deputies, and published on the incoming papers list and on the Turkish Parliament’s website. In order for the commission report to be included in the agenda of the General Assembly, 48 hours must pass after its distribution.

You can access the text of the Law on the Amendment of the Animal Protection Law and the Turkish Criminal Code here. 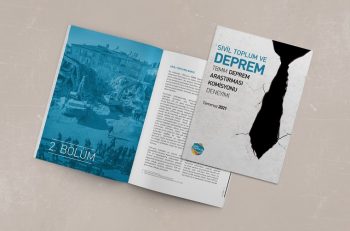