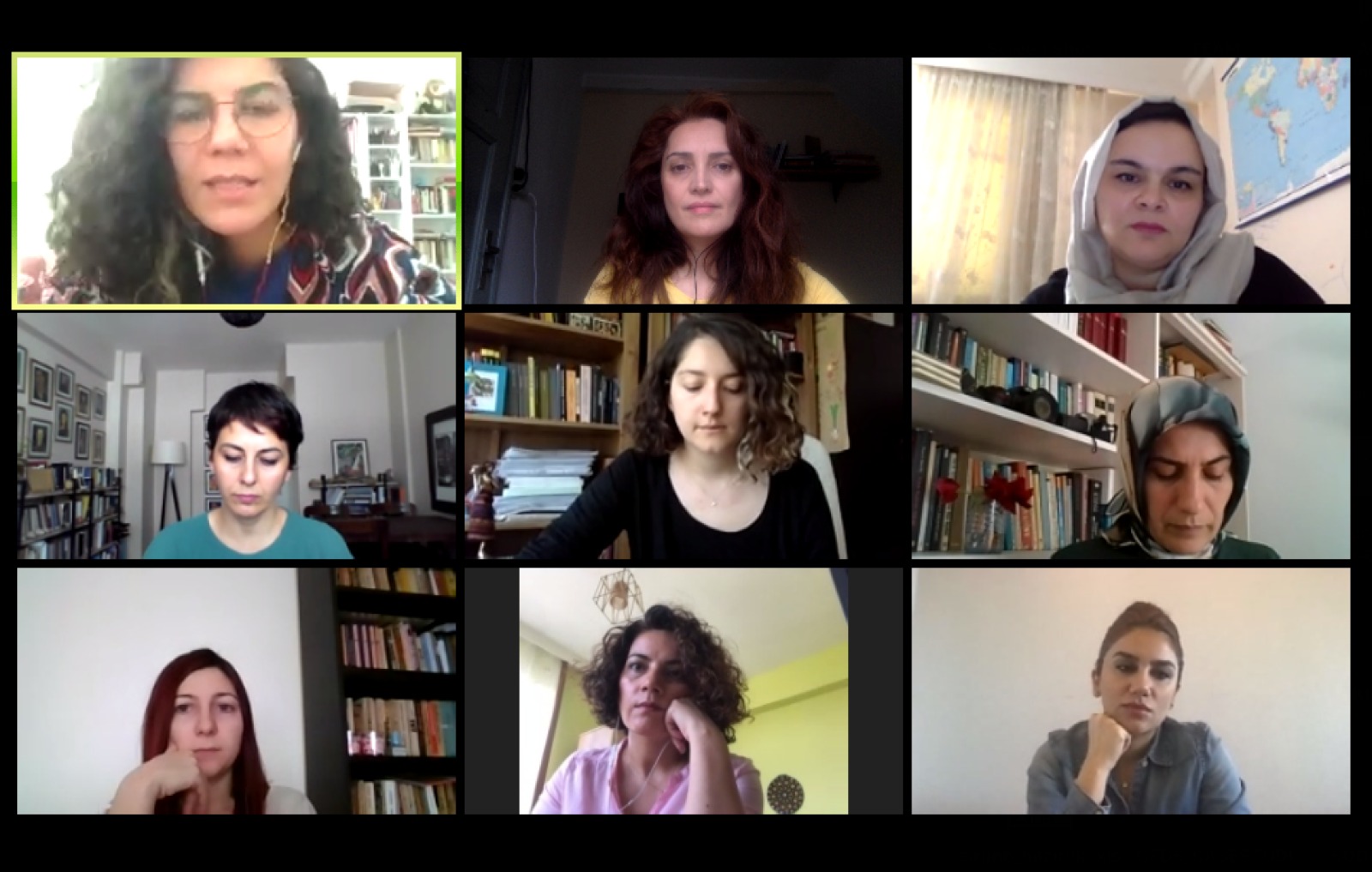 At the Epidemic, Inequalities and Women Workshop organized by Civil Pages, the effects of the coronavirus crisis on women and the things to be done after the epidemic were discussed.

Speaking at the opening of the meeting, Emine Uçak Erdoğan from Civil Pages stated that they will continue to organize such meetings to make sense of the process together. In the meeting held with the moderation of Inanc Mısırlıoğlu, the effects of the pandemic process on women were discussed first. Women agree that the COVID-19 process has been more difficult for women and girls.

Duygu Şahin from the Women’s Human Rights New Solutions Association said that they were highly affected by the pandemic process as an institution and that they’ve revised the content of some of their programs. Şahin stated that they have started a national project to investigate the violation of rights of women with 500 women during the COVID -19 process.

Ebru Ergün from Seed Foundation pointed out that it is difficult for women to reach solidarity networks due to quarantine conditions, and support mechanisms for women who are already inadequate become even more inadequate during the epidemic as it always had in such crises periods. According to Ergün, the epidemic means more isolation, more harassment, more violence and more economic burden for women and girls…

Kübra Karagöz from Mor Çatı said, “Violence has already existed, but it has spreaded to 24 hours with Corona. This can be interpreted as the dose of the violence being increased.” Karagöz stated that these so called support mechanisms for women have collapsed during this process, and stated that they have been facing even more difficult situations with the pandemic. Elmas Arus from Zero Discrimination Association expressed that the needs of Romani women are fulfilled with the support of a group in which 34 Romani organization is included and of those working in the field, and that Romani women who have already been experiencing deep poverty and double discrimination face more difficult situations. According to Arus, Romani women working in daily jobs are more adversely affected by epidemic and the fact that most Romani women being illiterate is one of the most important factors that increases violence.

Reyhan Aktar from Diyarbakır Businesswomen Association said that the pandemic process has increased the unregistered employment of women in the business world, that the state pays the 60 percent of the salaries of the people who were granted short-term work allowance with an arrangement made in Turkey, and that the remaining 40 percent cannot be legally granted by the employer. She said that this leads to the aggrievement of women employees. Stating that they’ve acted fast in the field with the studies they carried out in 29 provinces during the pandemic, Rojda Zaman from Kamer Foundation described the greatest impact of the process with the word “helplessness”, saying that more women were reached during the pandemic process than they had usually, and that they used the violence support line that has been active since 2005 more during the pandemic.

Feyza Akınerdem from Havle Women’s Association remarked the increasing burden for women at home and the roles of women as student parents and hospital attendants who were not considered as labourers with the words: “We are all aggrieved by the process.” Akınerdem said: “The house is a place where we can only be free when we get out.“ and emphasized that new information about femininity will emerge during and after the pandemic and talked about women escaping and opening a space for themselves, living outside with a constant struggle, and about the difficult experiences of female students returning to their family homes.

Reyhan Aktar, who gave the first answer to İnanç Mısırlıoğlu who asked the question about the solution to current problems and what cooperation mechanisms to be held during the pandemic, listed her suggestions such as supporting the employer for preventing unregistered employment, supporting the employment of women and facilitating the access of women entrepreneurs to finance and to the market. Elmas Arus from Zero Discrimination Association said that in neighborhoods with deep poverty, Romani people should be provided with food and hygiene support as soon as possible, and that local administrations should be planning literacy and vocational training courses after the pandemic and that market collaborations should be provided.

“The Epidemic Has Shown That Women’s Rights Are Vulnerable”

Kübra Karagöz who emphasized that violence against women should be seen as a primary issue and that the participation of all public institutions in this process is necessary, stated that online social support mechanisms and their Social Service Centers or Crisis Desks should be established, the call line 183 should work as a line of violence against women, and free birth control support should be given during the pandemic for family health.

Feyza Akınerdem who stated that she agrees with the evaluation that the epidemic has revealed the vulnerability of women’s rights said: “We’ve noticed the fragility of what we call vested rights. We did not gain these rights, we found temporary solutions and tried to continue our lives with them.” According to Akınerdem, that’s why the burden on women increased abnormally in the first crisis. She said: “I saw that we, as women, suffered greater injustice in the pandemic.” and stated that collaborations and actions should be developed with women so that the burden of the post-pandemic process will not fall on women again.

Finally, Ebru Ergün who stated that the pandemic can be seen as an opportunity said: “We can also think of the pandemic as a motivation to come to ourselves and act again. Realizing that many things have not changed gives us a reason to struggle.”