The Director of İstanbul Policy Center Fuat Keyman, Vice President of Writer and Future Party Etyen Mahçupyan, Head of SES Equality Association Gülseren Onanç, GİK Member of Saadet Party Muammer Bilgiç and Head of Zarakol Communication Services Agency Necla Zarakol made some eye-opening statements about the current state of the relationship between civil society and politicians from different perspectives within the framework of their experiences and how it should be in a democratic society.

The first point agreed by all five participants is that the form and mentality of the hierarchical relationship between civil society and politics needs to change. Etyen Mahcupyan says that there should be a “transformation of the mindset that will understand the value of NGOs” and that a new form of relationship between politics and civil society should be produced through this transformation. According to Mahchupyan, the scientists should be involved in a new relation between the civil society and the politicians, and the role of Science in shaping the new form of relationship should not be denied.

Similarly, Gülseren Onanç sees it possible for the civil society to regain its self-confidence by taking the power of civil society from the rights it defends by changing the hierarchical relationship between the two actors and leaving their place to an egalitarian structure: There is a need for a political understanding that perceives the politicians as “servants” in an egalitarian structure to be established between the two actors.

Participants who agree on the need to change the relationship between the two actors, as Necla Zarakol stated, at the first stage, should only listen and empathize with each other, and efforts should be made for this: “No one should be in debt to anyone” in the relationship to be established between politicians and civil actors who listen to each other.

According to Muammer Bilgiç, who stated that the relationship between civil society and politicians should be strengthened in order to change, “If you do not have power, you only make a request, but if you have the power, you will do what you want to do.” In other words, rather than waiting for a change in the understanding of politicians, civil society can create a mechanism of pressure on politicians by increasing its own power and effectiveness.

Civil Society Must Be Independent

Stating that the independence of NGOs in terms of both financial and contractual terms is very critical, Mahçupyan said that a regulation can be made that will enable NGOs that fulfill certain criteria to provide minimum financial support from the government for the maintenance of their assets and this will enrich the public area in Turkey.

Civil Society Should Be Able To Develop Policies

Gülseren Onanç stated that civil society should develop itself in a way to develop policies and, moreover, should become partners with politicians, and in order to put pressure on the governments, an intellectual infrastructure that can convince the masses should be established. She notes that it is necessary to increase public awareness and pressure on this issue. According to Onanç, the effective use of social media plays an important role in the ownership of a wide audience of civil society’s case.

Similarly, Fuat Keyman argued that the civil society should shift not only to its own business but also to policymaking related to the better governance of Turkey. While doing this, she states that there are no longer only civil society actors in the field of civil society, but a new locality area where there are also activists and cooperatives.

Unlike Onanç, Muammer Bilgiç thinks that civil society should contact all the social groups in order to find a place in the face of politicians as a powerful actor and tools such as social media cannot increase the power of NGOs without direct contact. “When the number of contacts increases, the effect of civil society will increase as well. People primarily prioritize the trustworthiness of people with whom they are in close contact, rather than their opinions, ”Bilgiç thinks that regardless of what idea or ideology, building trust is the most effective way to begin with.

Fuat Keyman also says that “A relation should be established with other actors by including new and different actors in the field of civil society,” and adds that in this way, civil society can increase its influence by ensuring cooperation and inclusiveness.

Fuat Keyman, who lists the most comprehensive proposals on how the relationship between the two actors can change, underlines that civil society must have the capacity to produce policies for better a governance of Turkey through the concept of “new locality”. Keyman points out that the concept of “new locality” should be considered simultaneously together with the globalization and the positive environment that is emerging for civil society should be evaluated.

According to Keyman, the main issues that stand out in the new relationship between the civil society and the political actors on the axis of new locality are:

1-The local governments, the opposition and the power must be serious and reliable on both co-operation and inclusive on the basis of rights and freedoms.

2- It is very important that civil society actors read the process well and engage with each other and increase cooperation.

”Keyman said that civil society should localize itself, and also be inclusive with global and other non-governmental organizations, ” and added that the conditions for this are slowly emerging.

He thinks that in the course of globalization, the concept of new locality will become more and more important and that the solution of Turkey’s problems will begin to be determined more on the basis of this course, not just political parties and leaders.

This concept of “new locality” should be emphasized and a positive environment for civil society is emerging in this period.

4- The civil society can increase its capacity through a network of interactions from local to global (local local governments, global actors, European Union, United Nations).

5- According to the relationship between New locality and globalism, it is very important that NGOs engage in an effort to increase their influence. It is very important to fight not only on identity and democracy, rights, but also on the realization of their basic needs in the local governments, which will be shaped by the understanding of “new locality” in Turkey.

Here the principle of equality is very important. They should position themselves in a triangle based on the rights, dignity and equality. They have to be as flexible as possible, so they don’t get bulky. In this way, by reading the new world well, the actors need to restructure themselves according to the new conditions.

6- A non-governmental organization should maintain a balance in the relationship between the capacity and the legitimacy while acting with the understanding of “new locality”, and not reduce legitimacy while increasing capacity.

Fuat Keyman believes that civil society should strengthen itself by reading the new conditions well on the axis of the concept of’ new local’, highlighting inclusiveness and collaborating with other actors. 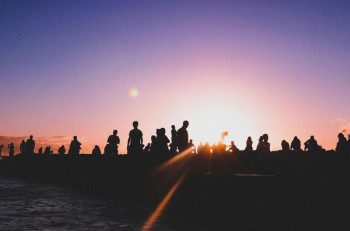 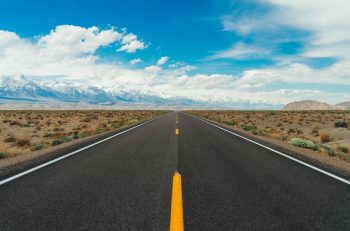 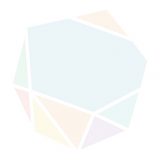 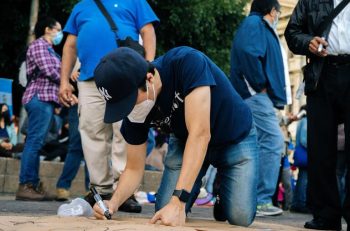 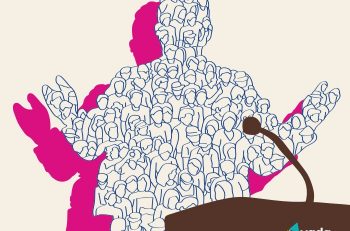 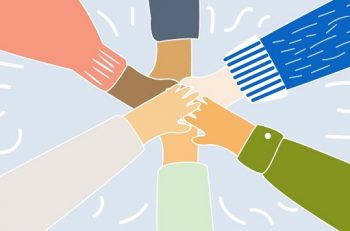 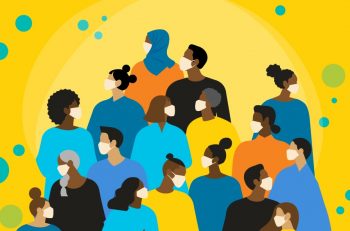 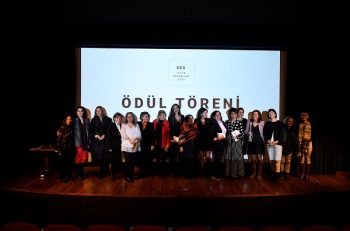 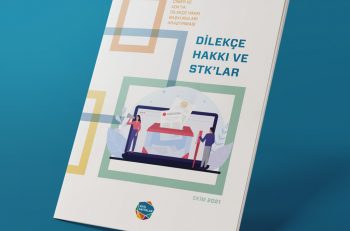 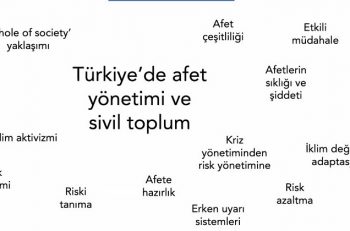