Observations on the Course of Economy 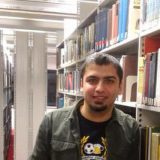 The relationship between interest, inflation and exchange rate seems to be the main factor that will determine our course in 2022, but not only internal problems are a problem anymore, and the outside is not the same as it used to be.

As we leave the first weeks of 2022 behind, it is very difficult to predict what the course of the economy will be for 2022. It may be easy to predict its direction, but it is not easy to make sense of its severity. We could have made the forecasts more easily in a situation where the government did not intervene in the economy, but the continuous interventions of the government, the difficulty of making economic sense of these interventions, and the long-term and short-term differences are the main problems ahead. Nevertheless, the Turkish economy, which has been an economy of uncertainty for years, will continue to maintain this stability of uncertainty in a different form this year, this is clear. Let’s take a look at the three economic developments that marked 2021 before we analyze the uncertainty regarding this economic trend and make predictions. If we understand this place well, I think we can at least predict the direction and severity of the course better.

The first of the economic developments that marked 2021 that I would like to mention was the dismissal of Naci Ağbal and the replacement of Şahap Kavcıoğlu in February. Market liked the management of Naci Ağbal very much. What he did while increasing the credibility of the Central Bank, whose credibility had decreased in recent years, was to take an approach that prioritized inflation. When he did this by using the classical Central Banking methods without going beyond the traditional methods and without creating complexity and uncertainty, the atmosphere in the economy turned positive compared to the past, but he could not stay in office for a long time and was replaced by another name. I guess the reason why he was sent was not the policy of increasing interest rates, but that part is another matter. While the Turkish economy was moving towards a positive trend, the markets evaluated the situation negatively with this change. The dollar, which went down to 7 TL, also turned its direction up. Because the newly appointed Central Bank Governor was a person who defended the need to lower interest rates in order to reduce inflation. But he was in no hurry to lower interest rates. I think he expected that the market would turn positive over time and that both the exchange rate and inflation would follow a downward trend, but that did not happen. In such a situation, the second critical economic development took place in September: Interest rate cuts.

When Kavcıoğlu took office, he signaled to the markets that they would not cut interest rates by saying, ‘We will continue to set the policy rate above inflation until there are strong indicators pointing to a permanent decline in inflation’. The Central Bank Inflation Report, on the other hand, predicted a decrease in inflation in the last quarter of the year. Therefore, according to expectations, inflation would decrease in the last quarter of the year and the Central Bank would lower interest rates with the decrease in inflation. As can be seen in the chart below, inflation did not decrease, and inflation increased even more. In August, inflation was 19.25%, surpassing the policy rate of 19%.Under these conditions, we came to September and the promises that the policy rate would be higher than inflation until strong indicators pointing to a permanent decline were made, using various excuses, and interest rates were reduced by 100 basis points. This rate cut was followed by 200 basis points in October and 100 basis points each in the next two months. With these interest rate cuts, the USD that was 8.76 on September 23, 2021 became 9.50 TL before the Monetary Policy Committee meeting in October, and it became 11 TL before the November meeting. On December 20, when the Currency Protected TL Deposit account was announced, it went up to 18.36 TL. With the Currency Protected TL Deposit account, which is the third important economic development for us, the dollar fell rapidly and entered a balancing between 13-14 TL. Selling the Central Bank reserves has a significant impact on this balancing. Therefore, the implementation of fluctuating policies by the Central Bank from the time of Naci Ağbal to the present and ultimately lowering the policy rate even though inflation could not be reduced, pushed the dollar rate higher. However, as can be seen from the CBT policy rate and inflation table below, the gap between the policy rate and inflation widened, especially as the interest rates began to decline. In order to prevent the exchange rate from going up any further, the Currency Protected TL Deposit system was introduced. This relationship between interest rates, inflation and exchange rate seems to be the main factor that will determine our course in 2022, but not only internal problems are a problem anymore, and the outside is not the same as it used to be outside.

The trio of interest-exchange-inflation, which left its mark on 2021, is the most fundamental factor that will also affect the current economic course. We clearly see that as the exchange rate increases, it causes inflation, and the inflation has now reached 50% as of the end of January. It is essential for the rate to stay at these levels so that it does not climb higher. When we look at the result of the Currency Protected TL Deposit application, which was implemented to keep it at these levels, it seems to be successful so far, but it is still a fairly new application and when we look at the details, the stabilization of the exchange rate contains artificiality. The rate of exchanged foreign currency deposits is quite low. The ratio of foreign currency deposits in total deposits is still 62%. From this, we can understand that the distrust of the Turkish Lira is still high. A certain part of the society thinks that the economy will get worse no matter what policy is implemented, and they will continue to demand dollars at every opportunity.

A second point is that the money supply continues to increase continuously. With the expectation of deterioration in inflation as a result of the increased money supply to keep the economy alive, it is inevitable that money will go to the demand for dollars. The third point is that although the Currency Protected TL Deposit account includes protection against the exchange rate, it ultimately offers an interest yield that is well below the inflation rate. Rather than settle for such a negative real return, people may turn to the dollars, so it would not be surprising if the demand for dollars continues. The Currency Protected TL Deposit System finally promises a 17% return to people in a country with 50% inflation. Therefore, it is not possible for this system to convince individuals and continue to be maintained after persuading them.

The fourth point is developments abroad. In the USA, the debate on whether inflation will be temporary or permanent has gained strength in the direction of its permanence, and the FED will begin to increase interest rates from March to restrain the rising inflation. The debate has now turned to how many rate hikes to rein in inflation. Increasing interest rates in the USA means money movements from developing countries to the USA. Since there has been money outflow from Turkey for a long time, maybe less outflows will be seen from us, but its negative impact is still inevitable. When we think together with other developing countries, Turkey has lost its attractiveness for capital investment. While other developing countries raise interest rates in their own countries against the FED interest rate increase, Turkey lowers interest rates. In an environment where the FED will increase interest rates, it is highly probable that investors with a high-risk appetite will prefer other developing countries instead of Turkey. While capital flows to emerging, markets are expected to decrease, it will not be surprising that this capital inflow goes to other developing countries instead of Turkey. Therefore, this is another situation that we can expect to have a negative impact on the exchange rate. On the positive side, Turkish tourism is expected to have a good year this year. The distrust of the data and the direction in which the Russia-Ukraine tension will evolve are the risk factors in tourism. By looking at all these factors, we can predict that the demand for the dollar will not decrease.

So far, I have evaluated the exchange rate because the level of the exchange rate was very critical in terms of the course. Being critical will actually show us how negative the trend will continue. But even if it is stable, we will continue to live with high inflation, this is inevitable. Inflation expectations get out of control as a result of the implemented monetary policy and I no longer expect it to return to their former levels easily unless a radical recipe is presented. And the government is not in the character of a power that would prefer to write and implement that bitter prescription. In addition to the monetary policy implemented, price increases from the energy side seem to play a driving role in keeping the price levels up. The high course of inflation will also cause the purchasing power of the consumer, whose purchasing power has been declining for a long time, to continue to decline. As the purchasing power decreases, the increase in the reactions will also trigger wage increases, but such an understanding leads to a wage-inflation spiral. Considering the fight against high inflation on the one hand and wage increases on the other, it is a difficult period for employers to manage. While the decline in domestic demand due to the decrease in purchasing power and the unpredictable structure of the future will put companies in an even more difficult situation, growth will also be negatively affected by this situation. The World Bank predicts 2% growth for 2022, which is a very low rate for a developing country like Turkey, but here, too, the conditions are not normal, and doping is given to the market at regular intervals to prevent normalization. I predict that the growth will be slightly higher than 2%, as the market will be tried to be revived by giving loans with the Credit Guarantee Fund, that is, by borrowing. There is an increase in exports on the positive side of economic growth, but its positive effect on the general public remains very limited. On the other hand, despite the growth, I expect the stagnation in the labor market to continue and some unemployment to increase. Because, as I mentioned above, I do not think that the vitality in the market will be strong without doping with loans. The rise in inflation brought some demands forward with it, and as that forward demand disappears, there will be a further decrease in demand. This will lead Turkey to enter a more stagnant economic period. Each year of recession is not neutral but a loss for Turkey.