Does the Law Against Violence Against Women Innovate? 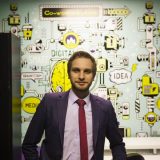 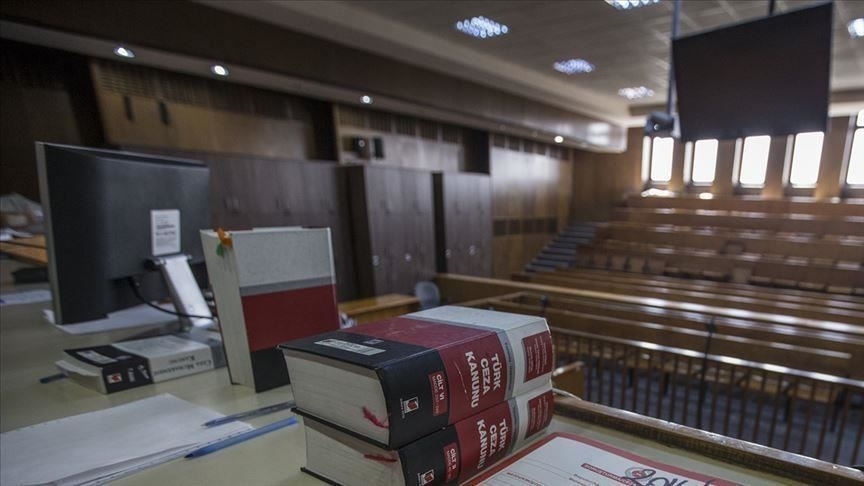 The bill containing the amendments envisaged to be made within the scope of combating violence against women and violence in health was presented to the Turkish Grand National Assembly on 16 March 2022. The proposal was criticized by many segments, from academia to civil society, for different reasons. The government, on the other hand, believes that these changes will be extremely effective in preventing crimes against women and healthcare workers and punishing the perpetrators.

We will try to examine the proposed tender especially from the perspective of violence against women.

According to the tender submitted to the Grand National Assembly of Turkey, it is envisaged to amend the article 62 of the Turkish Penal Code, that is, the article known as the ‘good conduct time’ among the people. Accordingly, the parts written in bold are added to the text of the law: ‘…their behaviors showing remorse during the trial or the possible effects of the punishment on the future of the perpetrator can be taken into consideration. However, the perpetrator’s formal attitudes and behaviors towards influencing the court at the hearing are not considered as grounds for discretionary reduction. The reasons for the discretionary discount are indicated in the decision with their justifications.’

Against the perception that ‘tie credit is being removed’, it should be clearly stated that this provision will not have a practical effect. Because contrary to the public perception, the perpetrator’s attitude and behavior towards influencing the court at the hearing was not a reason for discretionary reduction. The problem with the good conduct time is the result of the courts copying and pasting the justifications they prepared as a template into the decision, rather than evaluating and writing down the actual grounds of remission about the accused. In the template decisions, which generally refer to the good conduct time, there is a phrase such as ‘the respectful attitude of the accused at the hearings’. Courts count dozens of reasons to justify their decision. The incident of respectful attitude at the hearings actually stems from this useless reasoning. In addition, this situation is actually encountered in all types of crime. In other words, the problem is in the courts, which are in the position of enforcement rather than the text of the law. It should not be forgotten that the amendment was brought not only for crimes of violence against women, but also for all crimes. It should also be noted that the amendment to be made in this context will unnecessarily restrict the judge’s discretion. The solution to the issue lies in the Supreme Court’s concretization of the issue of discretionary reduction in acts involving violence against women with its jurisprudence, rather than legislative amendments. Instead of correcting the application errors that occur in the context of this article, the legal regulation that is in place becomes erroneous. The solution to the problem is being sought in the wrong place.

It should also be noted that the most important issue that hurts the conscience of the society and causes the murderers to receive a low sentence is the ‘unjust provocation’ remission rather than the good conduct time. It should be emphasized that this point has been overlooked. The examples are as follows:

A defendant who commits the crime of willful manslaughter is punished with aggravated life imprisonment when they commit it against their spouse or divorced spouse. When a good conduct time is applied, punishment is life imprisonment. If the accused committed the crime under ‘unjust provocation’, they are sentenced to 12-18 years in prison instead of life imprisonment. In other crimes, the good behavior time can be made up to 1/6, while the time varies between 1/4 and 3/4 in the unfair provocation remission. The main problem that hurts the consciences is that the Court of Cassation applies unfair provocation remissions against the murderers for reasons such as ‘not fulfilling the duty of a spouse’, ‘deception’, ‘clothes’. [1] The solution to the problem lies not in the legislation, but in the jurisprudence, that is, in the Supreme Court. Because the way each concrete event occurs is different, it is and should be at the discretion of the judge to interpret and characterize the event.

According to the amendment envisaged to be made in Article 62 of the Turkish Penal Code, the reasons for the discretionary reduction should be shown with the justifications in the decision. This is stating the obvious. In any case, in accordance with Article 141 of the Constitution, all decisions of the courts must be justified. This is valid for all the decisions we can think of, such as the determination of the basic sentence, the reasons for increase and reduction, arrest and release decisions. Unfortunately, this provision is of no practical use.

According to the tender brought to the Grand National Assembly of Turkey, persistent pursuit will be organized as a separate crime, coming after the crime of ‘Disrupting the Peace and Tranquility of People’ (Article 123 of the Turkish Penal Code). In its 2018 report, GREVIO insistently encouraged Turkey to recognize it as a separate crime and to punish it with an effective and deterrent penalty, taking into account the unilateral persistent pursuit and its possible repercussions in the digital environment. [2] It is pleasing to see that this recommendation has been taken into account, and that the crime of stalking, which is not subject to criminal proceedings despite containing many criminal elements, has gained a legal basis [3], but the regulation of the crime under the subheading of a simple crime such as ‘disturbing the peace and tranquility of the people’ and the foreseen penalty periods are the nature of the crime and social implications. Because, as stated by some women’s organizations, the crime of stalking is a systematic and serious crime that creates serious life safety concerns, causes permanent psychological traumas, and sometimes results in murder, beyond the disruption of peace and tranquility and restriction of freedom. [4]

According to the proposal, for an act to be counted as a stalking crime, the acts of ‘persistently following physically, trying to contact using communication and communication tools, information systems or third parties’ cause serious uneasiness in the victim or cause the victim to be worried about themselves or one of their relatives’ is required. In addition, it is regulated as a qualified case that the crime of persistent pursuit is committed against the child, the spouse with whom a separation decision has been made or divorced, causing the victim to leave their school, job, or residence, and committed by the perpetrator with a precautionary decision. Even in qualified cases, the prescribed penalty is imprisonment from 1 year to 3 years. In other words, it is clear that this punishment will not be executed and will result in impunity.

According to the proposal, ‘committing against women’ for various crimes such as willful murder, willful injury, threat and torture in the Turkish Penal Code would be a condition that aggravates the punishment, but the regulation itself contains problems. An arrangement claimed to protect women from male violence actually protects women from women as well (!). It does not impose any evaluation conditions for the penalty increase. It is sufficient for the victim to be a woman alone. In other words, if a woman commits a crime against a woman, such as injuring or threatening, the same penalties will apply. It is also debatable whether this situation will comply with the principle of equality in Article 10 of the Constitution. Because, according to this regulation, it makes a provision in favor of all women rather than women who are subjected to male violence. In fact, the concept of violence against women has been clearly defined in the Law No. 6284, and there has been a clear definition of willful murder, voluntary injury, threat, torture etc. It would be healthier to foresee a certain increase in crimes.

Of course, it is important for the perpetrator to face an effective penal sanction after the crime has been committed, in terms of deterrence, but with current practices, acts of violence against women result in impunity, so increasing the penalties in symbolic amounts will have no practical effect. Because practices such as postponing the announcement of the verdict, reductions in execution, and postponement of sentences actually prevent the perpetrators from going to prison and remain only as a memento in the criminal record. Especially due to the change in the execution law made with the pandemic process (actually, a veiled amnesty), the way to the prison was de facto blocked for crimes up to 6 years. A convict who is sentenced to 10 years actually spends 1 year in a closed prison.

In order to prevent male violence, it is necessary to create an environment in which women’s safety is established and ensure its continuity, rather than increasing these penalties. Herein lies the importance of the Istanbul Convention. The Istanbul Convention imposed many obligations on states in order to prevent violence against women, proposed mechanisms and followed the process with civil participation. If it is desired to fight violence against women effectively and to show that they are sincere in this regard, the Istanbul Convention should be returned to immediately.

According to the proposal, it is envisaged that the crime of intentionally injuring a woman will be included in the scope of catalog crimes, that is, it will be counted as a reason for arrest. It comes back to the same place: Impunity. With this regulation, it is not logical to make an arrest for a crime that will be claimed to have authorized and encouraged judges to arrest, but which will not be executed in practice according to the penalties stipulated in the law. Because detention is an ‘exceptional’ measure. It can be used as a last resort. For this reason, it should be said that the regulation is far from the principle of proportionality.

Civil Participation Should Be Opened

Another issue that needs to be brought up regarding the law amendment process is that non-governmental organizations are not included in the preparation process. Leading NGOs in the field of women’s rights in Turkey stated that their views were not taken during this proposal process, and they were not invited. [5] However, civil participation in legislative and judicial processes is important for the real implementation of democracy. Courts do not accept the involvement of non-governmental organizations in cases of violence against women and children, cases of violence arising from gender discrimination, and on the contrary, these processes are made more difficult. It would be useful to consider this issue in the proposed bill.

As a result, the regulation will not provide much benefit in practice, it also has some technical shortcomings. However, the regulation of the crime of stalking is positive, but the amount of punishment is not enough. The problem is not in the law but in the impunity, the ineffective implementation of the law and the inability of the state to prevent violence. The solution lies in the Istanbul Convention and the control mechanisms it envisages.

[1] Some examples: ‘…According to the statements of the accused’s parents, Sezen Alkan’s constant uttering harsh words to his wife and the accused’s inner world fiction that the victim was cheating on him combined with the influence of these smug words, the application of unjust provocation since it was understood that the accused committed his act against the victim…‘ https://www.evrensel.net/haber/393155/hamile-esini-olduren-erkek-icin-erkek-mahkeme-baskani-haksiz-tahrik-indirimi-istedi

‘…the defendant made statements that he violated the obligation of loyalty to the victim while the marriage union was continuing and during the divorce process, and the following was stated: Considering that there were many mutual call records and messages during the marriage union with the aforementioned man and during the divorce phase, and that these communications intensified late at night, the statement of the accused that he had committed his act under unjust provocation should be respected…’  https://www.cnnturk.com/turkiye/skandal-mutalaa-esini-satirla-olduren-katile-tahrik-indirimi-istendi