Anti-vaccination in Turkey: Exploiting Fear of the Unknown 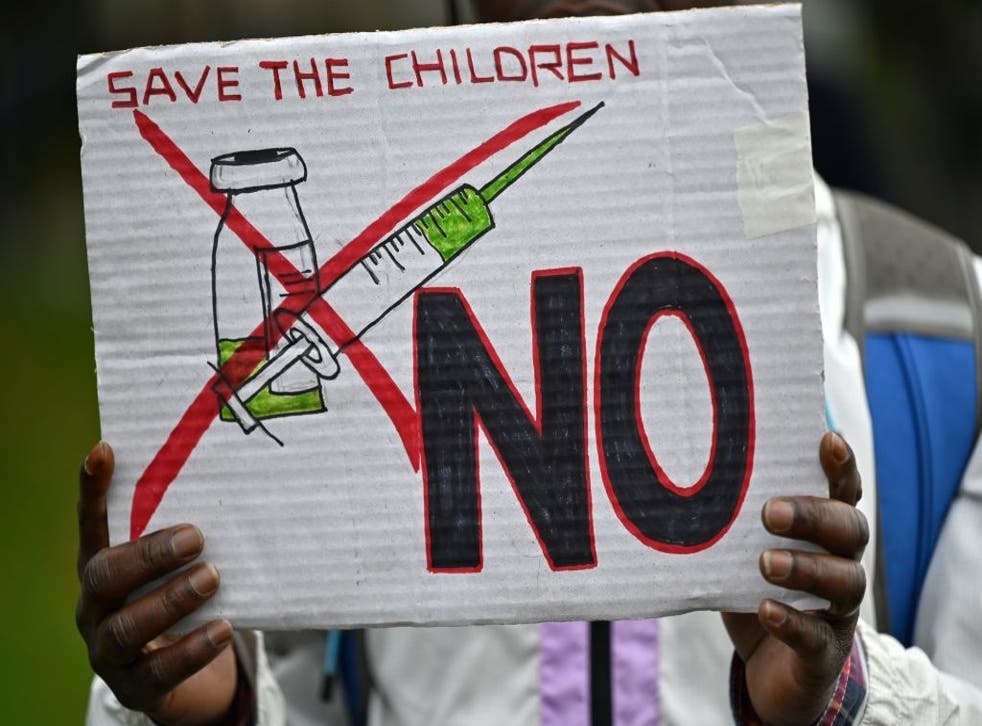 Everyone in Turkey has the opportunity to be vaccinated since June. But millions of citizens did not take this step, partly under the influence of superstition. Almost all of the people in intensive care units and the people we lose a planeload of every day are citizens who have not been vaccinated or have not completed their vaccinations. So, the anti-vaccine isn't just a string of nonsense. It is a serious threat to public health.

As a major disaster, the Covid-19 pandemic has affected all of our lives and created a series of negative emotions in each of us that are different and change over time. Fear, anxiety, curiosity, sadness, deprivation give way to boredom. Such intense emotions affect both our behavior and our thoughts. Each of us responds to this pressure in different ways. We use different defense mechanisms. Ignoring is one of the most commonly used defense mechanisms. Not surprisingly, a group of people has chosen this path from time to time in our year and a half with Covid. Since the beginning of the pandemic, the number of people arguing that it is not actually a virus, is not actually a disease, and that the hospital images shown on television are fake. Another defense mechanism developed against the disaster that has befallen us, which is undoubtedly not very useful, is to find a culprit other than ourselves. At that time, conspiracy theories, discrimination lurking inside us, fears of enemies outside came into play. Adding a bit of hearsay information, using the knowledge that the origin of the virus is bats in an eclectic way, there were those who were looking for many windmills from the ‘Chinese who have a strange habit of drinking bat soup’ or their arch-enemy western imperialists.

Only 7-8 months had passed since the declaration of the pandemic, when the light appeared at the end of the tunnel. Multiple vaccines have been developed against the virus. Clinical studies with thirty to forty thousand volunteers have shown that these vaccines are both effective and very effective in preventing the lethality of the disease. The clinical studies conducted for painkillers, antibiotics, antidepressants, cancer drugs that almost all of us use in our daily lives, and the processes of permitting their use by health authorities do not attract the attention of anyone except a handful of experts and progressed quietly, the world held its breath and followed the development of Covid vaccines step by step. Anyone who could watch the media for a while had the chance to learn about all the steps in the development of vaccines, drugs, etc., the steps of licensing, and the intricate problems of production. But first, not everyone had the time and interest to watch them very carefully. Secondly, it must be admitted that these processes were complex, and it was not easy for those who did not have a background in these subjects to fully grasp the stories. Or the media and scientists, and most importantly, the health authority failed to explain them in a way that citizens at all levels could understand.

Moreover, the Ministry of Health failed to improve its communication strategy, which was already very weak during the epidemic, when it comes to vaccines. Vaccines had been developed but were difficult to obtain. A few wealthy countries had bought the first productions of vaccines for their own countries, with binding contracts, as early as the summer. It was difficult for countries like Turkey to procure vaccines, especially vaccines that broke the rope first. This whole process caused the citizen, who was frightened, shaken by the losses due to the pandemic, and fed up with the ever-changing measures, which were taken without a specific strategy and often at the last minute, to lose his confidence in the administration and to be confused. The Ministry did not carry out a campaign to promote the vaccines and to encourage the citizens, as there were not enough vaccines for those who demanded it. In the end, the field was left to superstitions and a handful of opponents of vaccines, who, through these superstitions, pursue interest, fame, and who knows, perhaps interests that we cannot see today.

Anti-vaccine people use all the methods used by opponents of science. They do not care if the arguments they put forward follow a certain logic. They don’t care if it’s based on facts. They use the jargon of science without hesitation when opposing scientific arguments. For example, they make ‘scientific’ (!) explanations to discredit the most effective mRNA vaccines against the virus. When you listen to what is being said, you see that they either do not know or ignore the main function of the messenger RNA, called mRNA. They attribute features that it does not possess to mRNA, whose job is to make the appropriate protein with the code it carries, and which breaks down and disappears after this protein is synthesized. They claim that it enters the nucleus of the cell and is attached to the DNA chain, where it is permanent. They use the connotation of the name RNA to be related to genes created by people who have heard about it but ignore other known information about all these mechanisms.

If you confront them with information and evidence, they resort to conspiracy theories. They are constantly changing the actors they claim to orchestrate these conspiracies. They blame the scientists who try to regulate and control the pharmaceutical industry one day, and the pharmaceutical industry another day, depending on the audience they are addressing, and all of them sometime else.

They do not see what is obvious, they imagine what is not and tell it as if it happened. For example, they deny the existence of vaccine clinical trials conducted in front of the world or claim that their results are hidden. In doing so, they use the distrust created by the for-profit pharmaceutical industry on many people. But they use products developed and produced by the same industry, which are not as closely watched by the public as Covid vaccines. They brand the public oversight mechanisms developed over decades to oversee the for-profit pharmaceutical industry as invalid, counterfeit at one point. They attack thousands of experts and scientists who try to conduct these inspections honestly, as rotten and sold out.

They don’t want to see vaccines save lives. They make up side effects that don’t exist. They don’t see the hundreds of people who die every day because of Covid, but they claim that there are hundreds of thousands of deaths related to the vaccine, even one of which is not documented.

When we hear these things repeatedly, this string of nonsense could have been a laughable quirk. But the citizens are contemplating whether to apply a substance to their bodies that they do not fully understand what it is and how it was developed (because it was not explained to them in a way that they can understand) in order to get rid of a disease that they do not fully understand what it is, this nonsense is diversified enough to appeal to almost everyone. The citizens are in doubt because of this nonsense they hear everywhere. Even if they don’t believe everything, it becomes difficult to decide, they delay taking action, going, and getting vaccinated.

After all, everyone in Turkey has the opportunity to be vaccinated since June. But millions of citizens did not take this step, partly because of these superstitions. Almost all of the people in intensive care units and the people we lose a planeload of every day are citizens who have not been vaccinated or have not completed their vaccinations. So, the anti-vaccine isn’t just a string of nonsense. It is a serious threat to public health. It is necessary for epidemic management to take this threat seriously and mobilize society to tell the truth to the citizens.