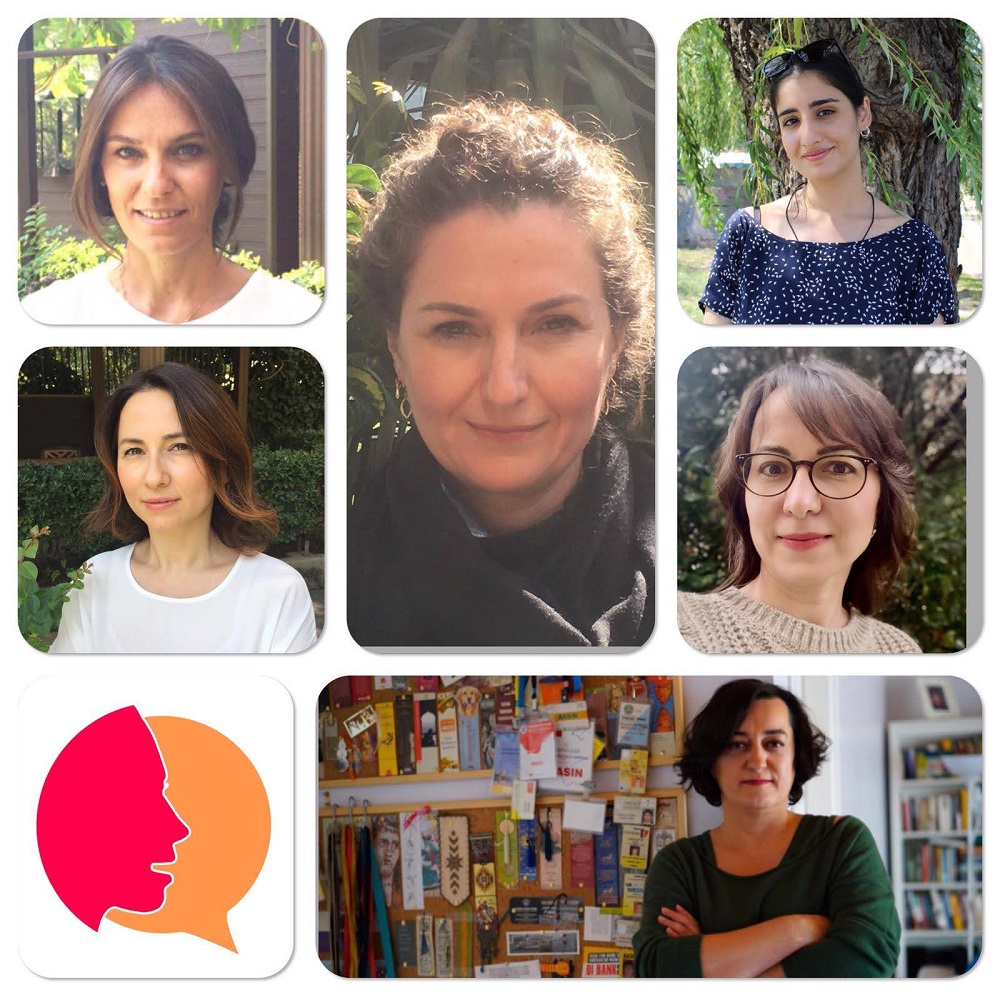 We are a group of women who have considerable experience in media and in civil society organizations and we feel very uncomfortable with the current situation where the screens are dominated by male experts, and we also believe the road to the solution to a multitude of issues involving women including violence against women as well as to gender equality is through changing the current picture altogether. We have developed a project to change all this. We took great pains to ensure this project is functional, practical, and solution-oriented. We came up with a database of women specialists and experts. This database is our way of telling the media or the meeting organizers they have no excuse for not inviting women guests or speakers.

There are women who have specialized in pretty much every subject matter in all disciplines imaginable in Turkey. Women who are perfectly capable of being a spokesperson for whatever organization they may be involved in their respective fields, with extremely developed communication skills, well conversant in their relevant subject-matters, and who are equipped to convey their knowledge, know-how, and their messages fully and accurately are everywhere. Unfortunately, these women are not given the place and the recognition they deserve in the media. In response, we are inviting women who are experts or specialists in their respective fields and who wish to share their knowledge and their know-how with the general public through the media to sign up for this database. Our objective is to ease the “hardship” endured by the members of the media and conference or panel organizers in sourcing women guests and speakers for their programs, news stories, and meetings. We want to ensure women are seen more and heard more by the general public. Currently we are in the process of improving and enriching our database. We will be presenting this project to the media and the public once the database has enough women experts.

We are also in the planning stages for a training program to assist and ease the media exposure or public speaking anxiety of those women who are hesitant or reluctant in appearing in the media despite their considerable professional knowledge and experience.

Women from a multitude of different fields make up the project team, how did you all come together?

Media professionals, who are sensitive about the gender issue, and who are aware that the content they prepare is incomplete when they do not reflect the gender balance  dream about such a project coming around one day, so they can all benefit from that.

Ayşe Karabat and Semin Gümüşel Güner who are a part of team are among those who had such a dream. When they got together with Ayşe Yırcalı, Özge Genç, and Sabiha Senyücel Gündoğar who also had a similar dream over the years they have spent working in their respective areas in the non-governmental field, they decided to join forces with their collective experiences. The collaboration of these five women snowballed their dream into a non-profit social enterprise with the sole objective of giving the women their well-deserved visibility in the media. As the project was shaping up, Berfin Coşkun also joined bringing all her energy and skill set in the mix.

What sort of dynamics are behind the fact that women are not appearing in the media to represent their field of expertise? Or why are we seeing exclusively appearances fulfilling gender codes and women can only appear in programs and shows involving tabloid news, cooking, and child care?

As far as we are concerned, there is one fundamental reason, and two practical contributors behind that.

The fundamental reason is simply due to the dominant male perspective we see in the field of media just like all areas of public life not paying attention to women to get any visibility with their expertise. Just as women are not represented in politics to the extent they deserve, they are not represented in the media for the same reason.

As for the practical contributors, the first one is the fact that almost everyone working in the news departments of all media organizations from the producers to the reporters, to the guest coordinators and the editors, pretty much every one is using male dominated contact lists when they need guests, experts, or commentators. These lists have been compiled that way over time. Partly due to the ever present pressures brought by racing against time, they usually select names who can be reached easiest, who are available or who would be more likely to accept such an invitation, instead of calling the best experts. They are either unaware of the fact that the content they are presenting is in fact incomplete when they fail to reflect gender dynamics in the news stories and the programs they produce, or they just choose to pretend they are unaware.

The fact that the media world is set up in such a way takes us to the second practical element. Quite a number of women experts are reluctant when it comes to appearing on TV, public speaking, making statements to daily papers or online news outlets, or just appearing in news stories, they are also not experienced in these matters. There is a glass ceiling within the dominant culture and the process in media, as is the case in any other field, and there are a multitude of issues associated with their experiences of merely being women. For instance, the issue of “mansplaining” as coined by writer Rebecca Solnit. A talk show or a panel or any meeting for that matter, public or private, has the potential to become a venue where men make excessively self-confident comments by denigrating the intelligent of those across from them, women experts or not.

We want to do our part in changing the male dominated scene where specialists and experts consulted in print and visual media are mostly men. We set off with a bold objective: in the face of all the polarization in the society, our initiative will provide a place for all female experts from every political camp, all walks of life, who are determined to blow away all lines drawn in the sand before us in the name of discrimination and polarization. We certainly hope the media will be then doing its real job, meaning, fulfil its duty of being the voice of every one and every element within the society by reflecting our diversity.

Why is the visibility of women in the media important? How is this going to have an impact on how effective women will be in other fields?

Media, be it in its conventional form, or the new media, is reconstructing reality. The media not only provides us with information, it also presents us with a way of thinking, starting with deciding what is news and what is not. We embrace what is put in front of us to a certain extent whether we like it or not. We normalize what we see in the media. The language used in the process does exactly the same thing, language is not just a tool to express our thoughts, it also shapes them.

We do know when women take their place in the media in the way they deserve through their expertise; this will change, directly and indirectly, the dominant male culture and all the problems associated with it. We also believe that when women experts are represented more in the media, this will have a positive impact on a considerable number of areas ranging from education of girls to fighting with violence against women. With the increased visibility of expert women, attempts to establish power through women as is the root of every issue we are facing may be shattered, and when the issue of establishing power is shaken to its core, violence against women may as well decline.

What is the objective of the training courses within the scope of the project?

We had talked about the lack of experience and reluctance on the part of some women when it comes to appearing in the media as the second of the two practical reasons. The training program aims to break through just that. What we are planning is providing this training to volunteer women so they can become experts in communicating with the media as well, while empowering them before an audience on the screen or in the public domain.

We will be talking about the processes and the expectations involving either making statements as a reference for a news story or providing expert opinion for the media as part of this training program. We will be providing the attendees with tips on how they can use social media in a way they will make a difference. 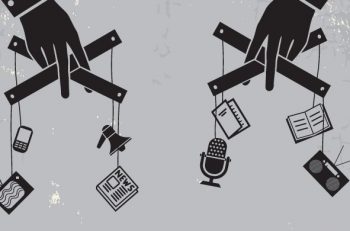 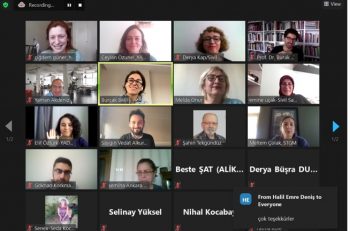 Representation of NGOs in national media: “Invisible or Decorative Subject” 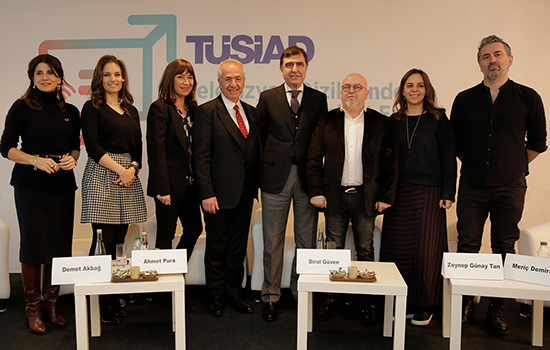 Media Will Be Changed by Organized Struggle of All Stakeholders