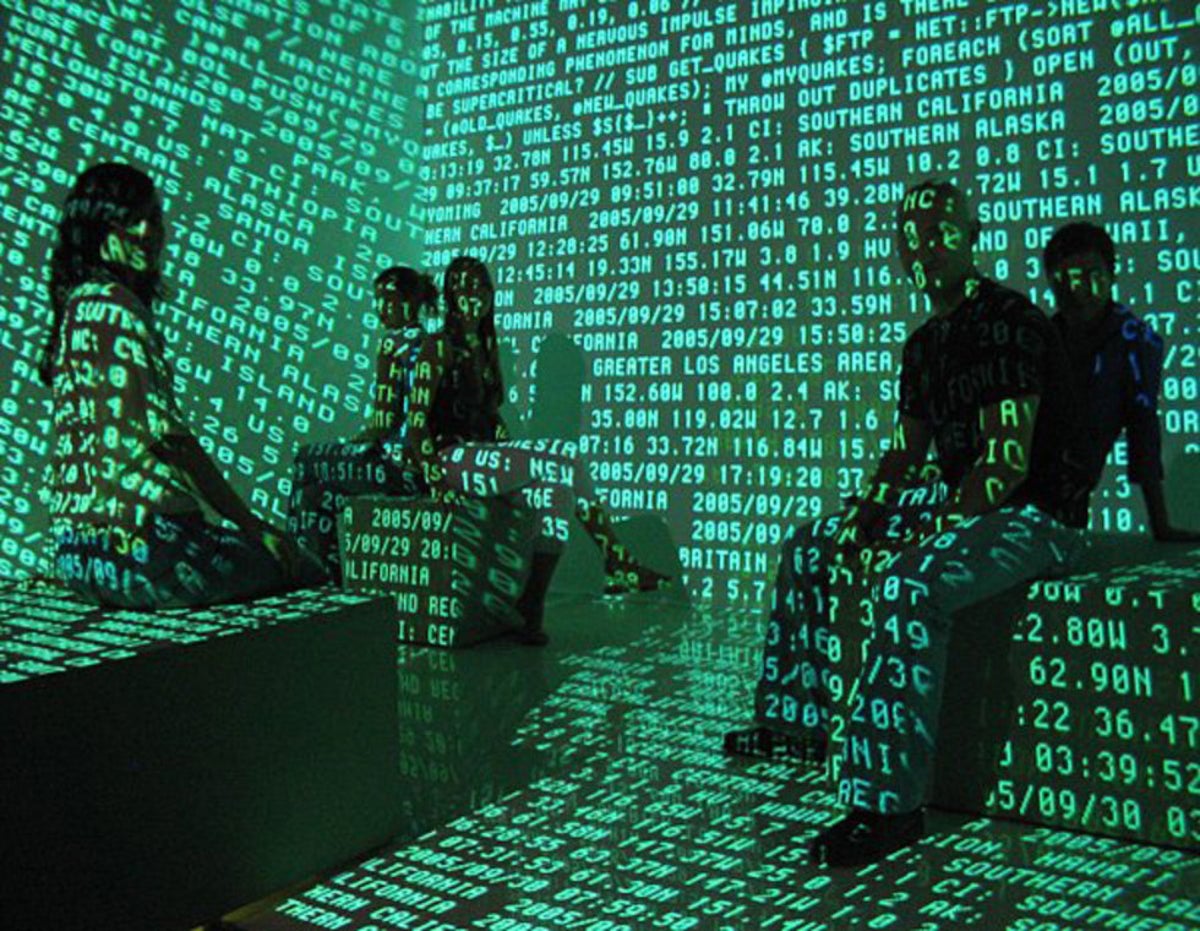 We’ve talked to Midori Koçak from Women’s Software And Design Collective who states that they had created a business network for part-time working women as a collective where white-collar women are organized, about the story of their establishment process and the problems of freelancer women.

What is Women’s Software And Design Collective?

Our collective is a women’s cooperative initiative. We aim to bring freelancer women software developers, designers, copywriters, translators, social media specialists, accountants together and to support them in issues such as finding customers, making contracts, determining prices, getting paid, improving themselves by getting trainings, creating environment by reaching more people and solidarity.

What is the founding story of this collective? With what motivation were you founded? We would like to listen to the process from you.

I was subjected to discrimination in the workplace I worked at. They had female phobia. They’d interrupt you at the meetings, declare your opinion as if it was their own, they would not examine someone else’s codes but they would definitely examine yours, you would be constantly expected to express yourself and even expected to get permission to speak. I was resisting to such problems. I also complained to human resources about it. They laid me off, and it had been better for me. I started to do a master’s degree. After that period, I had burnout syndrome. I couldn’t touch the computer for months, I couldn’t write codes. I was constantly questioning myself on whether I were good enough or on why such a thing had happened. Meanwhile, they hired another woman instead of me. She could also last 3 months. There was a disastrous mobbing environment. I said to myself, “From now on, I will not work in such a corporate company.” Then I decided to work as a freelancer.

Let’s talk about how the idea of a software cooperative developed… When I was working in that company, private job offers were coming to me. Since it was not allowed to get private jobs, I had created a Linkedin group to pass the Jobs to other women with the ‘sense of solidarity’. After the things I’ve experienced during this process, I started to wonder why white-collar people cannot organize or establish a cooperative. It felt a bit more important to gather a white collar organization for women. I immediately made a call and 160 people answered my call. We created a group on Whatsapp. We held our first meeting on the 23th of December. Since then, we meet every Tuesday regularly.

There is a very male-dominated environment in the field of informatics. In large companies, women do not exceed 15 percent, while 85 percent are male engineers or software developers. In a male-dominated environment, female engineers are not recruited too much anyway. In order to work, you have to be a quiet person and you have to be perfect. Of course there are exceptions to this, but here we are talking about the general rather than the exceptions. The fact that the information field is dominated by men dates back to 1984. When the computers first launched, it was seen as a toy for boys and was introduced to the boys. There is another irony before that: In the 1950s, 60s and 70s, the software jobs were perceived as a secretarial-like job and considered as a women’s job. It was seen as only sitting at a typewriter. NASA has a Hidden Figures movie, for example a woman named Margaret Hamilton wrote the software for the Apollo spacecraft. She is the world’s first woman programmer. We believe that these false perceptions will gradually improve.

Office conditions for women are particularly worse in the field of software. A few of the issues we face as women are precarious work, mobbing, discrimination, low wages for equal work, lack of employment, not taking advantage of rights such as maternity leave, not to be hired when having kids or being asked whether you plan to have kids or not. Our main motivation is to eliminate the institutional intermediaries that feed these structures. Because there are situations when policy making and taking a certain stance is not enough.

What have you done during that process? What kind f a gap are you filling in? I would also like to talk about your work a little…

Currently, there are formations that bring freelancers and job offerers together. However, in these formations, the aim is to reduce the price by creating a competitive environment. This causes low quality and does not provide collaboration among producers. Instead, we will share the workload in our collective by targeting collaboration, efficiency and quality without competition, just like pilots in an airline. Our biggest advantage is us being a platform where the producer meets the consumer directly and safely without intermediaries.

The biggest problem of entrepreneurs who want to get their jobs such as software and design done is that the jobs are not delivered on time. In addition, it is hard to reach quality software developers, designers and translators directly. There is a huge info pollution on the Internet. Entrepreneurs looking for quality and therefore want to get a job done through agencies or intermediaries are faced with exorbitant prices.

For example it is not uncommon for an agency to sell a micro website that is made done by a freelance designer for 4500 TL to a national airline company for 120,000 TL.

It is possible to reach quality, humanely treatment and proper prices when we work directly with real people through the cooperative, just as we can reach quality fruit or vegetables directly from the manufacturer without intermediaries.

We will also give a job delay guarantee when our payment system will be launched. So we will refund the fee when the software / design work is delayed.

Why a cooperative? What kind of benefits will this cooperative provide for women?

We aim to provide customers, make contracts, set prices and provide invoice services to our freelancer members. You can think of us as a cab-rank or a transportation cooperative. If all the conditions are met such as the weather and road conditions, health status of the driver, etc., what you will pay for the distance you will travel and how long the journey will take would be clear, you just hop on to the next cab and give the address.

Another advantage for the freelancers is that we eliminate the obligation to start a private company to invoice. When the employee establishes a private company, expenses such as accountants and establishment procedures can rise up to 5000 TL annually. This is annoying amount of money for a woman trying to make a living by working by herself.

In addition, it is a mystery for a freelancer to make which contract at what price. The entrepreneur doing business with the cooperative has to make a prepayment of 50%. Member employees of the collective will receive support from the collective from the contract phase until the payment stage and they will know they are secured. They will also be able to reach other women of the same jobs among their industry. Our collective is also a great opportunity to build a network which seems to be men’s job.

Do you accept membership from across Turkey? What kind of feedback have you received during this process?

All individuals who work remotely at the computer and who define themself as a woman or genderless can join our cooperative from all over Turkey. We can be successful if we produce together by working together, because we say “Women is the home of women” and we know that we can earn a living by producing quality works and we will become free individuals by gaining our economic freedom without needing anyone.

So far we have received very positive support from social media and from various newspapers. We have reached hundreds of members who have applied as freelancers until now. As women spread the word our collective, special opportunities emerge for our members. Women who are experts in their fields started to give special trainings to our members.

Lastly, what are your future plans?

We set out to create a plan B, so our priority is to provide ourselves with a budget, and each member will receive the fee for the work they do. Providing free trainings and creating open source software are among our goals.

Our consulting and expertise seem to get more diversified. We currently have software, design, interpreting, accounting, social media consultancy, translation and content production, but we have a goal of reaching all freelance working women.

We have a YouTube channel, we haven’t activated it yet, but we have plans to make and upload videos on professions. We want to present a projection to young girls. There is a UNESCO report on this subject. In the report, this was said to be very effective, and if I am not mistaken, this research was conducted in India. In the research, a female engineer teaches a class, tells the students about her experiences, and then it is been found out that the physics grades of the girls go up. The report is called Cracking the Code UNESCO. You can check it out as well. We also want to carry out activities related to directing girls to STEM areas or preventing them from withdrawing STEM areas.