Should We Go To School Or Not? 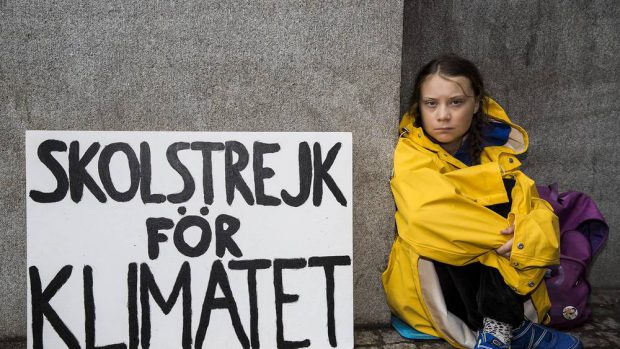 First, we saw Greta alone, with a poster she made herself. Her hair was braided, her eyebrows knitted as if showing her determination. The only difference from his grandmothers who have been protecting the planet for a thousand years is that she is a good Twitter user. She said she wouldn't go to school while our home planet was burning. On Friday, she skipped school, created awareness for the climate crisis, organized her peers, called out to policy makers and restored our faith. Atlas Sarrafoğlu and friends responded Fridays for Future and Greta back from Turkey. Atlas had started carrying the world on his back a thousand years ago, and he invited us to join his movement. On Friday, September 20th, we followed Greta and her friends who skipped school for climate and, we close Ashoka Turkey office for one day to join in the the work of our stakeholders who fight against climate and play an active role on it.

2019’s skipping school month September is also the back to school month. Is it possible to sow the seeds of social entrepreneurship and social innovation in the education system in which almost every human child around the world goes through and in fact, during their years of growth? In this article, anyone who works and wants to work for social transformation in high schools and universities will be able to find clues for themself.

The start of Ashoka, the world’s first and largest social entrepreneurship platform, to work in the field of children, youth and education in the global arena is based on the realization that only adult solutions will not be enough for the social problems of our age in the late 1990s. Since then, it emphasizes the importance of children and youth being individuals who take responsibility for social problems, produce innovative solutions, contribute positively to the environment, and strive for the benefit of the society. (Melda Akbaş, Why Does Ashoka Work in the Field of Children and Education? – Melda Akbaş, Ashoka Neden Çocuk ve Eğitim Alanında Çalışıyor?)

According to The State of Social Enterprise in Turkey research report (Türkiye’de Sosyal Girişimlerin Durumu Araştırma Raporu) published by British Council in July 2019, 47.28% of the leaders of social enterprises in Turkey are 35 years old and under. Social issues are too serious to be dealt with at a later age! In the same survey, one of the most rational steps can be taken to improve the social enterprise sector in Turkey were shown to be increasing awareness among young people about social entrepreneurship and accessible trainings about it. The research also includes the incubation, research, coordination and curriculum studies of 19 universities in Turkey in the field of social enterprises and social entrepreneurship.

The Opportunities Here And Now

Ashoka’s global program AshokaU which aims to promote social innovation in higher education and provides roadmap to institutions, brings together higher education actors working in the field in USA, at AshokaU Exchange in Minnesota on April 16-18.

imeceLAB encourages high school and university students to come together in a structured process around different social problems and to produce solutions.

Let’s skip school and office on September 20! Let’s continue to remind their duties every day to those responsible for the climate crisis! On the other hand, let’s make room for the minds that produce solutions, empathetic dialogues and actions that would be for the common good among schools. September is a good starting month for this.