Running Away From Old Age 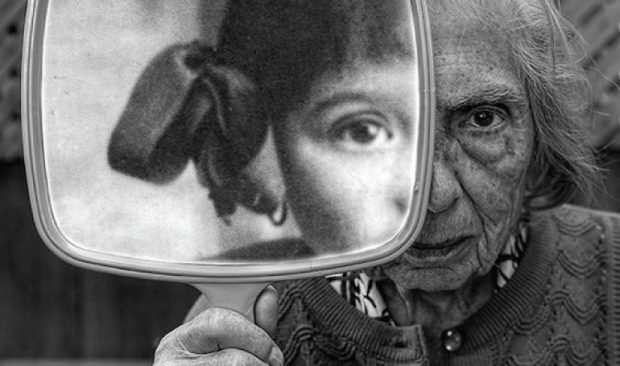 Old age and aging should be normalized. Just as young people having dreams about the future, there need to be a notion of old age dreams, for example. This requires a variety of pursuits. It is not impossible to develop new pursuits when getting older, however it is a bit more difficult. But it is more likely to spend more time on the past preoccupations and improve oneself as one is getting older.

YADA Foundation has completed the first representative aging research of with the support of AvivaSA. There is one clear finding of the study: Turkey is not ready to age!
There are two main reasons for this. First, the judgments about the elderly and old age are very negative. Secondly, aging is a neglected and rejected issue; therefore, personal, social, and policy-level preparations for elder years are insufficient. So why is Turkey not being ready for aging a problem and why is it a current issue? To begin with, not only Turkey but the world is getting old; that is, the elderly population increases among the population distribution. This is not a bad thing and is essentially the result of positive developments such as the prolongation of human life or the drop in population growth. Thus, the problem is not about the aging of societies, but them not undergoing appropriate transformations. Turkey’s situation is more complicated. First of all, Turkey has aged quickly and keeps on getting older. What does this mean? The proportion of elderly among the population had suddenly increased. Turkey completes the demographic transformation that other countries spent 50 years, even spent over 100 years completing in only 20-25 years. This makes it impossible to accept becoming an elderly society. Secondly, when we look at elderly societies, we see that they are societies with high welfare. Turkey is not like that. In fact, this study showed that the current elderly generation has also a very low level of income. Third, Turkey also experienced a rapid transformation in urbanization. The population has come to the cities. And then the elderly people joined them. Therefore, we have a large elderly population with rural living habits but living in the city.

Despite all these facts, aging is not an issue which is considered important in Turkey. In fact, aging and old age are part of everyone’s life and everyone has an idea and experience about it. Because everyone has old people in their families and everyone is getting older. On the other hand, old age is becoming a more current and popular topic. Among the issues related to old age, health-related and physiological changes are at the forefront. The most popular subject, for example, is how our physical appearance will become when we get older. The aging app, which has recently become widespread among the social media, has attracted great interest. Many people looked at the simulation of their future image with fear and anxiety.

Elderly people, old age and aging notions are unlovable, they do not arouse good feelings and they are anxiety-creating. The perception of these notions is clearly negative, as this research shows us. The situation is that no one wants to get old, no one wants to spend time with the elderly, but everyone respects the elderly, because they have elderly relatives and because one day they themselves will grow old as well. The elderly, who have traditionally had respectability, however this status has lost much of its value and influence. Thus, it becomes a subject that one doesn’t know whether to eat it or rub it on. The feelings of the relatives of the elderly people about the elderly are contrast feelings. On one hand, they are attached to them, they love them and they are a traditional value to them, but on the other hand they see the elderly as a burden. In the struggle against this burden, they refuse to take special care and / or institutional support services for the elderly because they feel it beneath themselves and their families culturally and they worry about what other people have to say.

Having an elderly relative who is in need of care is seen as the worst. All this creates an unhealthy relationship between the elderly and their relatives with contrast feelings. The elderly who know that they are not wanted, prefer to live alone if they have the opportunity and capability. Compared to the past, the proportion of families who live with or close to their elderlies is decreasing. Of course, there are other socio-economic reasons. But cultural changes also lead the elderly to live separately and independently from their younger relatives. It would be more meaningful to consider this as a factual transformation but not as a negative development, and to develop social policies that would facilitate the lives of the elderly who prefer or are forced to lead an independent life. This is obviously more difficult than living in the same household. In addition, at first glance, it brings the negative consequences of weakened family ties to mind, but it is also worth noting that the decrease in interdependence can lead to reduction in family problems. Independent living can also be seen as an opportunity for the elderly to live their individual preferences more freely and to realize their old age dreams. In addition, this is often the result of compulsory or certain negativities, rather than a choice of self-actualization. The prevailing and constant thing is that people doesn’t want elderly people to be around whether they live together or not.

The state also keeps up with the ignorance among society. First of all, there is no pressure on it to primarily deal with this issue. No one intends to call to account about the state’s neglect in the matter of aging. Thus, the state approaches old age in the dimensions it wishes. It treats the issue as a matter of disability rather than an age-specific approach. It transfers the social assistance and care approach of disabled people to this issue. As a result, we do not see any pressure to develop a social policy on this matter. The perception of life expectancy has not changed in parallel with the prolongation of life averages. A long life expectancy or dream has not been formed. The examples witnessed in this regard are also limited. Today’s middle generations have little experience of aging in front of them to compare and they only have experience of being around elderly people, and as we have said before, the perception of them is not respected. Known and remembered old ages are not great. Losses of ability and status, problems and addiction come to mind. In other words, old age is depicted as a state of loss in which the abilities, freedom and actions are restricted. Nobody wants to lose. But it is a natural reflex not to think about losing even though it is inevitable. And yet aging and old age cannot be normalized.

Like every abnormal population, the elderly are pushed out of the tendencies of the majority of society. Activities and features thought to be opt for young people such as having fun, even spending time outside, dressing as one wishes, flirting, traveling, using technological tools, playing games, dancing and so on are not thought to be worthy of elderly people in the means of the perception of the society. The criticism sentences towards the elderly begins with “At your age…”, and go on as “act your age…”, “after this age…”, “regardless of their age…” etc. On the contrary, some strange, incomplete or inadequate behaviors are also ascribed to the elderly and are described as signs of aging. For example, when an elderly forgets things without even having diseases such as Alzheimer’s or Dementia, people can say “it’s because of your age”. Contrarily, there is no version of the term “idle away one’s youth” as a “idle away one’s old age”. Yet, there is a truth of society such as “aging like wine” even though a bit cliché.

The state also keeps up with the ignorance among society. First of all, there is no pressure on it to primarily deal with this issue. No one intends to call to account about the state’s neglect in the matter of aging. Thus, the state approaches old age in the dimensions it wishes. It treats the issue as a matter of disability rather than an age-specific approach. It transfers the social assistance and care approach of disabled people to this issue. As a result, we do not see any pressure to develop a social policy on this matter. Increasing awareness of the fact that we are a rapidly aging society in recent years has created a bit of movement, but not in a parallel preparation for Turkey’s rate of aging. In addition, we are far from the perspective of getting ready to become a culturally and socially elderly society that does not consider getting prepared for aging limited to care and health services.

Now that we are an elder society, there must be a cultural change in which the number of elderly people with dreams increase and elderly people not waiting for death anymore.
It is clear that a change is necessary to getting prepared for aging and becoming an elderly society. Aging and old age should be normalized. Just as young people having dreams about the future, there need to be a notion of old age dreams, for example. This requires a variety of pursuits. It is not impossible to develop new pursuits when getting older; however it is a bit more difficult. But it is more likely to spend more time on the past preoccupations and improve oneself as one is getting older. In Turkey, individuals generally have less pastimes already. The biggest pastimes are the ones which come into our lives by necessity: education, work, spouses and children. As these get out of one’s lives, many people feel empty. For example, men often feel idle after working life, as they are at higher rates in working life, or spend more time in work life than women and their non-work pastimes are less than that of women (women also do not have much of idle time, but they have more obligatory pastimes deriving from domestic responsibilities and burdens). Who knows, maybe this difference has an effect on women living longer than men. As a result, when people get older, they become isolated because the occupations of their lives, the occupation of their responsibilities are reduced and cannot be filled with new pastimes. When social and cultural isolation is added to this, that is, the inclusion of the elderly in the normal does not seem appropriate; the old age turns into a negative product as a social product, if not natural.

Another important requirement is the development of the notion of aging as well as aging itself. Old age coming to one’s life with things like retirement, children getting married, beginning of some physiological problems and being extremely off balance makes old age a negative product, experienced as an adopted helplessness. In the current situation, we can describe the situation as voluntary isolation for the elderly. Of course, this is not something they want to do. But because one feels restless and sometimes hurt when involved, one tends to be voluntarily isolated from the society, in a sense one keeps out from under society’s feet and waits for death. Now that we are an elder society, there must be a cultural change in which the number of elderly people with dreams increases and elderly people not waiting for death anymore.