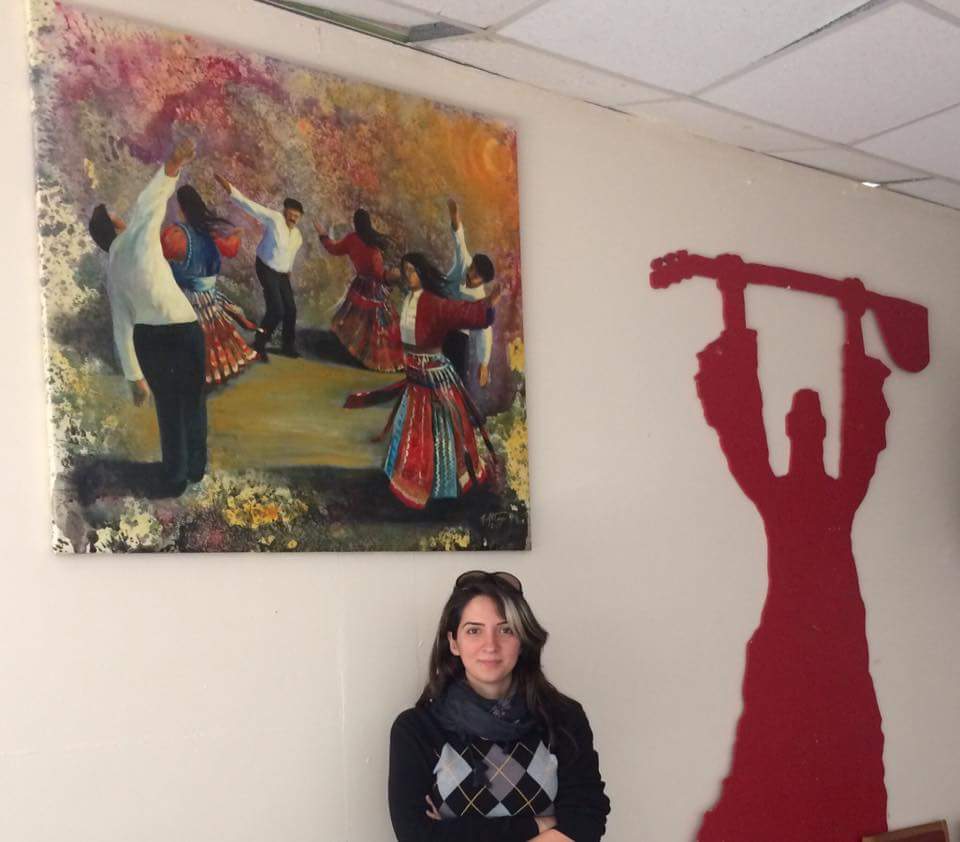 We continue our interview series with Alevi women that question the discourse of “women and men are equal among Alevis”. Lastly, we interviewed Ceren Ataş.

Let’s start with 17+ Alevi women. Can you inform us briefly about the platform? How did you get involved?

I learned about 17+ Alevi Women with a press statement. It is a platform which objects to gender inequality in Alevi society; believes that Alevism is a feminine faith.   The platform was announced in 2015. We actually can do many good things; panels, workshops and so on. However, Alevis have some prejudices against us because they think we are “feminists”. They develop discourses, projects over 17+ Alevi Women’s suggestions but they don’t get in contact with the platform.

How many people are there?

23 members. 4 of them are actively working in Istanbul. Many people from abroad have joined us recently. I think we receive more support from overseas.

How was it founded?

The Platform is the idea of Gülfer Akkaya. She made a call and women gathered together. First, they met in Ankara. I wasn’t involved in the establishment period. I became involved with their announcement on 8th March.

Why did you become involved?

I thought I belonged to a faith where everyone was equal as “can”, as “one soul” but then I found a man-like society where women were neutralized every day.

Let’s talk about the status of women in Alevism first, then about their status among Alevis second.

In Alevism, woman is the first to be created. She is a secret of Mother Fatma. Alevism has a lot of feminine elements. It is never sexist. Alevism doesn’t say “woman is mother”, it doesn’t limit the woman. I read from Ali Şeriati’s book: They mention about Mother Fatma as the mother of Hüseyin, daughter of Mohammed, wife of Ali. No, Fatma is Fatma! Woman is woman and nothing else!

Women among Alevis, however, are thought to be sacred because of their potentials to become mothers. The Alevi society limits women. For example, during cem (Alevi’s worship practice), Dede (“grandfather”-religious leader in Alevism) sits alone on the post; but a Dede cannot be without Ana (grandmother). They should be together on that post. This is quite contrary to Alevi beliefs, but it is also everywhere.

What do you aim to change as a feminist Alevi?

We don’t aim to change Alevi, we aim to make them return to themselves. We want to conduct studies, make women unite; want to be stronger in institutions. Alevi women should be more visible, their labour should be valued. Mothers should sit on that post again! They should leave the kitchen and live just like an Alevi woman!

What kind of reactions do you get?

A classic: “We are already can, one soul, why would we need this?”

We talked only about negative aspects. Do you think Alevi women’s status is better than other women’s?

I don’t think it is right to compare Alevi women with other societies, but I can say that Alevism says women and men are equal, so Alevi women have a solid support. Men silently know that women are right. Men are usually in charge in cemevis, but they know that they need women’s labour.